I will be talking at the 4th Conference of Exploring The Extraordinary, in York,  on September 22nd.


The title of the talk is -
English Heretic: An application of magical psychogeography and modern necromancy

English Heretic was instigated in 2003 as a magico-creative project, subverting our notion and consumption of history. Through its Black Plaque scheme English Heretic attempts to achieve rapport with the spectres of tragic figures in popular culture. Concomitant with this English Heretic engages in a form of natural magic, decoding and extrapolating new mythic wyrds from unusual and suggestive locations. For the symposium, English Heretic will deliver a report of the magical resonances and synchronicities that have emerged as the project has progressed. Discussing the Black Plaque scheme, it will speculate on the possibility of an unintentional cursing during the making of the film "The Witchfinder General".

Following on from this the talk will explore the interplay between film location and ceremonial magic, with particular reference to the horror film genre, asking the question: 'Is it not beyond the bounds of credulity that a well staged, suitably ornate ritual portrayed through the visual arts may harness the power to tear the fabric of consensus reality - and with what results: the letting in of monstrous denizens from a fantastic and bloody celluloid nightmare? The blind atavisms of the preternatural realm may not know the difference between theatrical ceremony and the incantations of the supposedly initiated.'

Illustrative of the use of literature and magical practice, the lecture will detail a pathworking carried out using the location setting of Daphne Du Maurier's "The Birds". In this case landscape was used to scry for hidden myths with very unexpected results in which rapport was achieved with the spirit of Joseph Kennedy Junior. Taking this example the talk will open up the prospect of using landscape as a magical tool, evoking the necromantic traditions of neoplatonic occult philosophy but within a modern context.

The talk will discuss  the ceremonial intent of pilgrimage, more particularly to sites of heresy: cold war establishments, horror film locations, abandoned psychiatric hospital. Can these venues be used to adumbrate what the Hebrew termed the "qliphoth" but again within the context of 20th century history?
Posted by Dr. Champagne at 02:44 1 comment: 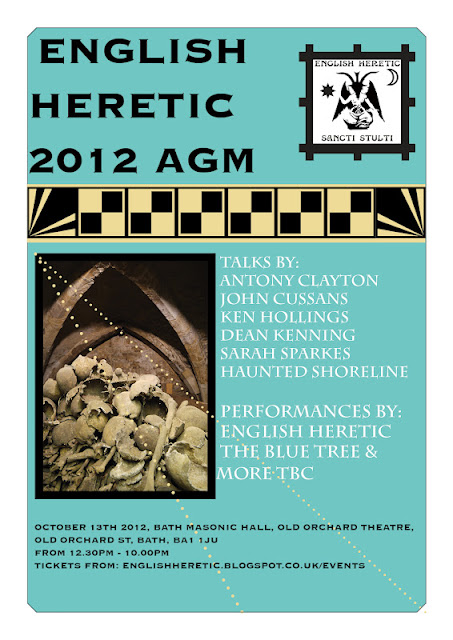 English Heretic has the pleasure of inviting you to its annual general meeting. This year, we are delighted to host the AGM at the wonderfully ornate Masonic Temple in Bath. The AGM will be a forum for friends and collaborators of English Heretic to present findings from their creative research over the past year, as well as previewing work in progress and future prospects. The AGM will culminate in musical ceremonies by our most holy augurs to propitiate imaginative nourishment for the coming year.

The AGM is open from 12.30pm to 10.00pm.  We are honoured to welcome a plethora of exceptionally interesting and talented guest speakers covering a rich canvas of hermetic, aesthetic and ontological material.

Sarah’s talk will contextualise this year’s AGM venue with regard to her current work for a forthcoming exhibition on Theatrical Dynamics at Torrance Art Museum. A  personal and historical, phantasmagorical travelogue, the talk will develop themes from Sarah’s GHost project, presenting her great grandfather’s magic lantern slides and discussing their unusual connection with The Tolpuddle Martyrs secret society.

https://shop.ticketscript.com/channel/web2/start-order/rid/K56MPVX4/language/en
Posted by Dr. Champagne at 12:55 No comments:

An eventful couple of days. On Thursday we climbed Mount Fuji - no sherpas were sacrificed in this mission - a decidedly unCrowleyean ascent... Last night, had the pleasure of my first earthquake, 4.9 - 20 epicentre miles NNE of Tokyo. 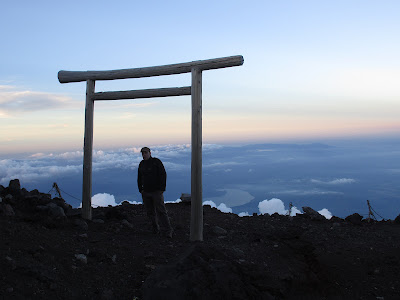 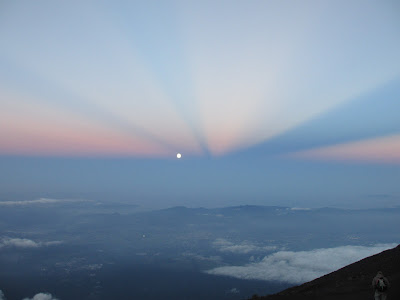