George Sanders And The Abandoned Sausages 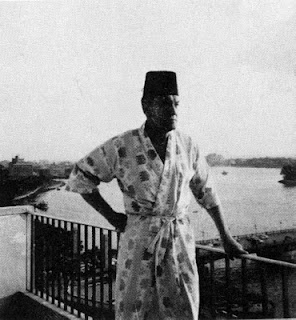 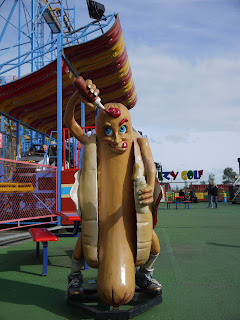 Extracts from David Wilde's "A Shadow History Of Rock Music"
"One of the more cinematic groups to come out of the whole English Americana scene was "The Abandoned Sausages".  Their debut album was a lush post-rock imagined documentary, based on the final years of the actor George Sanders. The archetypal cad of British Cinema, Sanders had heavily invested in a Fife meat company and pig factory,  ironically named "CadCo"...  When the company went belly up he lost his money and barely escaped prosecution. Sanders committed suicide in April 1972, taking an overdose of Nembutal, at a hotel near Barcelona. His suicide note read: "Dear World, I am leaving because I am bored. I feel I have lived long enough. I am leaving you with your worries in this sweet cesspool. Good luck."
The record received mixed reviews - criticised for its derivative nature, borrowing heavily from Scottish Post-Rock giants - Mogwai...  One particularly harsh jibe lampooned - 'The Future of post-rock? more like rock 'n' sausage roll..' In the light of these scathing attacks, The Abandoned Sausages changed their name to Hogwai and were never heard from again... "
English Heretic are proud to be re-releasing this lost classic in the near future as part of their English Americana research project.
Posted by Dr. Champagne at 06:40 1 comment:

One of the most touching yet saddest cases I had to deal with in the early years of my practice was that of Paul. Not long after I had set up my clinic at Elvaston Place in Kensington, I began to notice a man, gaunt, unshaven, wandering around the mews. His hollow eyes suggested lack of sleep, his slack jowls and permanently furrowed brow, deep anhedonia and excessive rumination. At first, I suspected he was a car thief. He seemed to have a preoccupation with my pink convertible Nissan Figaro parked outside the clinic. One morning I even caught him attempting open the drivers door. But as I watched him from my office window, sipping my first strong coffee of the day, sucking on my third malboro, I sensed there was a deeper assignment underlying his clumsy car-jacking. It was then the idea struck me to take my practice into the outside world. Trained in CBT and archetypal psychology, I was, at that time, still slightly uncomfortable with both therapeutic disciplines. They seemed artificially extreme systems: CBT one hand, excessively positivist and materialistic; depth psychology obversely buried in neoplatonic melancholy. I was grasping for a synthesis of these two models. Moreover, the patients who visited my clinic were all too aware of their psychic circumstances, too conscious of the parameters of the dynamic with their therapist. If I were to really reach out and provide a service, my practice should concern those who were unaware of their agitations and all the attendant and external manifestations of the resulting disease. 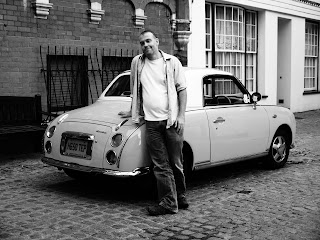 That evening, after my last appointment, I walked to my car, left the keys in the ignition and made sure the driver's door was unlocked. The following morning, for the first time in many months, excited, I drew back the blinds of the surgery, to see if Paul had taken the opportunity to appropriate my vehicle. Surprised and disappointed to see the pink Figaro still there on the cobbled mews, I rushed out to check if the key had been taken from the ignition. Opening the car door I glanced up at my office, only to see Paul standing at the window, sipping a coffee, smoking a Malboro, smirking... Events started to take a more disturbing course, when at the moment I discovered the ignition key missing, Paul opened the window and poured the contents of a petrol cannister over the roof of the Figaro. He then held a lighter up at his face, smirking all the more... I could neither leave the vehicle nor make my escape, for each action, I presumed would precipitate Paul setting both myself and the Figaro alight.
***
Reporter for a South London news programme, Diane Lilly stood at the ornate entrance to Elvaston Place. She detailed the tragic suicide of a talented psychotherapist Peter Leibowitz. He had been found in the burned out carcass of his Figaro convertible in the courtyard of the Mews. His surgery overlooking the courtyard had also been set alight. Following the recording of the news item, a scruffily dressed, swarthy, diminutive man walked up to Lilly. He appeared to be affecting the mannerisms of the television detective Columbo. He took out a birth certificate from the inside pocket of his beige Mackintosh - September 16th 1968. "Same day as Peter Falk", he nodded cryptically at the reporter, touching his right temple with his index finger, before walking away from the scene. Lilly had been unable to see the name on the birth certificate, the words having been occluded by red felt tip. Back at the news room, she checked the biography of Peter Falk. Sure enough, he had been born on the 16th September. "Who was that guy?" she asked her new cameraman boyfriend, Andreas Gabriel.
"Ah probably some Barry George type... a fantasist, harmless"
"Iam not so sure..." Lilly was ambitious, always on the lookout for a story to increase her profile. Later that evening in the charred husk of Leibowtiz's study they found a typewriter. The typewriter was intact. Deciphering the text on the ribbon, they read the final words of the psychotherapist. It appeared to suggest that he was being stalked by a patient named Paul.
"Columbo?" Andreas suggested.
"Too obvious" Lilly scoffed. "The typewriter is a plant. I mean there's no evidence of any burn marks... either that or its been made from the same material as a black box recorder..."
"It is a black box recorder" Andreas concluded with unusual insight.
At least their discovery had given Lilly a title for the piece, she was to write for the Sunday supplement, some weeks later, suggesting a conspiracy around Leibowitz's death "Fry away Peter, Fly away Paul - the psychotherapist hoisted by his own Petard".
*** 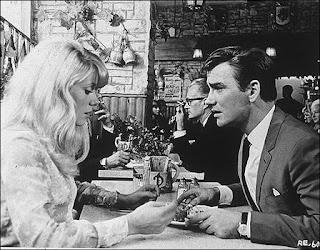 "This is just the psychotic top-soil of the subconscious - the filmic, televisual memory, we need to dig deeper". Peter Leibowitz leaned over the frothy hot coffee in Dino's Italian Restaurant.
"We seem to be entering an age of the ever more atomised self, we are diffusing across hypermedia, fragmenting even futher beyond the worlds of Mcluhan and Warhol, it's closer to extreme Buddhism, the ever becoming I. We are undergoing psychic deaths on a daily basis... Actually Iam not sure the subconscious still exists, in its classical sense..."
Lilly couldn't help but be impressed by Leibowitz earnestness - it showed in his bright green eyes, though she felt he was still behind the times...
"Does it matter? You speak like someone who is too concerned..."
"That's exactly my point, one minute Iam a worrymonger prophesying the loss of self, the next I am a cartoon of my own seriousness, yesterday's debacle at the surgery being a case in point. The Columbo like imp at the end of the news report, a clown demon at the periphery of the goetic circle of our neurotically held onto sanity...That's why I bought you here to this cafe... Part of me wants to run from the noise of our inner cinema, but that would be a mediaeval retreat. Polanski filmed "Repulsion" here - it's the perfect junction for a schizophrenic breakdown."
"And Paul?" Diana teased, blowing the froth across her coffee...
"Well he's my wyrd, the moment we engage in any idealised fantasy of ourselves, we conjure our wyrd, our blood brother... I mean that's a given, but it does make the day very difficult for me... Iam constantly fighting to stay alive for fear of Paul's next sabotage..."
"Fear, sabotage, aren't you forgetting the dialectical escape vehicle?" Diana swept her hair back.
"Don't become all anima on me, Diana..." Leibowitz laughed, "and what about Andreas.. is he still on the scene?"
"Ah no, he served his purpose, bludgeoned him to death in your office with the typewriter last night after he showed me the evidence. He'd have only sold the photographs to the tabloids..."
"Good, you are learning, these people are so incidental". Leibowitz looked down at the now swirling froth of his stirred coffee, the hypno-wheel of a sociopathic analyst, "I share a birthday with Columbo, don't you know..."
Posted by Dr. Champagne at 01:09 1 comment: