Out now! The second exciting issue of The English Heretic Collection. 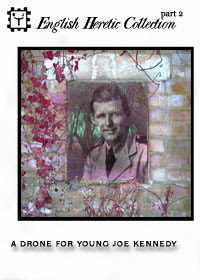 On August 12th 1944, Joseph Kennedy Jnr, brother of JFK was killed in a suicidal bombing mission over Blythburgh in Suffolk. Centuries earlier, almost to the day, a demon dog appeared in the same skies over the church, ransacking the nave and scorching its door. Following an obsessive path from our earlier investigations into the angeology of war, English Heretic achieve rapport with the revenant of the airman and conduct a series of operations to uncover its imaginal resonances and finally exorcise the troubled soul of Joseph Kennedy. Our research is presented in a 16 page colour magazine and a 30 minute CD taking field recordings from the abandoned air field in Norfolk from which Kennedy's fatal flight took off. 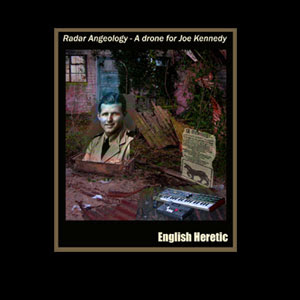 Available from The English Heretic souvenir shop - cost £8.00 including P&P.
Posted by Dr. Champagne at 17:36 1 comment: