I have set up a new blog called Dayglo dreams.

The idea is document dreams of a “day-glo” nature. By that I mean, pop-culture influenced, non-anxiety dreams - no exam failure dreams, unless the dream is using pop culture imagery . These will be categorised and tagged in such a way as to emphasise our internal post-modern iconography - films, pop stars, brand names, tv programmes. The aim is to show, or at least document the prevalence of a new form of psychic currency in our subconscious imagery , as delineated by the likes of artist Jim Shaw (”Dreamt Of Drawings”, “Dream Objects”) and W.S Burroughs ( “My Education: Book Of Dreams”).

In conscious homage to Jim Shaw and Oulipo, I would like to extend entries to be represented in different media - music, painting, collage, film etc.

The blog hopes to create a forum whereby the nocturnal pop flotsam, can be categorised and re-worked to create some sense of a collective post modern soul.

Another aim is to tackle the unsatisfactory nature of those dictionary of dreams type book you often find in charity shops. Indeed there is much of the charity shop of the night about the dreams I am interesting in documenting. It might be that the visions of John Waters, George Kuchar and Jim Shaw are closer than we think and would like to think in documenting the modern psyche's alchemical mud. Our dreams are not populated by the Gods of Greece but by two-bit actors and self-publicising tv anchormen... Their monikers might be transitory but it is quite often all our modern soul has to work with.

In this respect I am encouraging folk to submit dreams they may feel represent this predicament, so we can also identify a hierarchy based on this trashy currency and create a taxomony that provides meaning and raw material for creativity.
Posted by Dr. Champagne at 01:39 3 comments:

A few photos from English Heretic's night of ritual electronics at the Termite club (Packhorse - October 19th). A good night by all accounts, with great support from Shemboid And Human Combustion Engine. Great hosts courtesy of Mel and Phil. Photos by Mel. 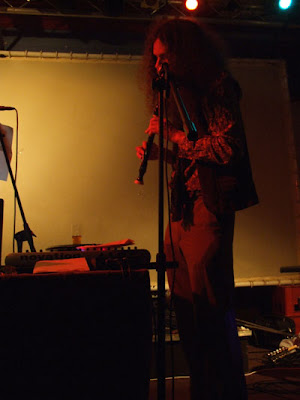 Oh Whistle And I'll Come To You 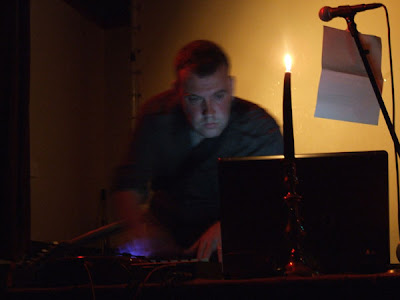 Altar of the Ritual Electronic Musician 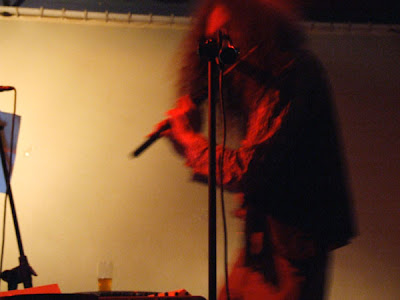 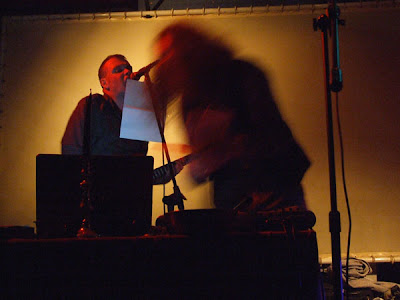 Calling the spirits of The Tuba Veneris