A chance to catch up on a very hectic start to the new year. Last week's Black Harvest event went swimmingly. with a very well received set. We had a great sound and the use of Legend Of The Witches as backdrop greatly complemented the set. All the guests received a tarot card on entry and Hannah Gilbert helped them decode their card with her deck reading skills. 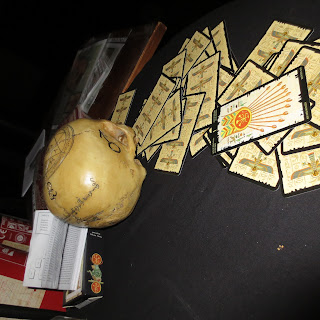 Mysterium's set against Stanley Spencer's The Scarecrow fitted in very well with the theme of the night, employing musical saws and rustic canes to great effect. Here are a couple of pics from their set. 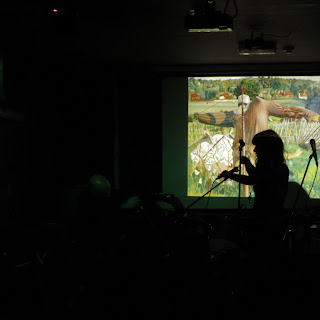 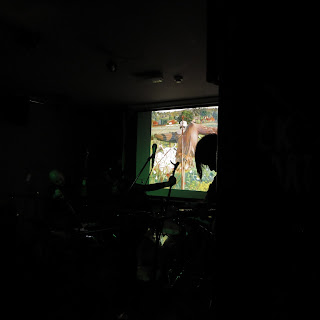 Big thanks also to Eleanor Sopwith and Hannah for some great shots of English Heretic. 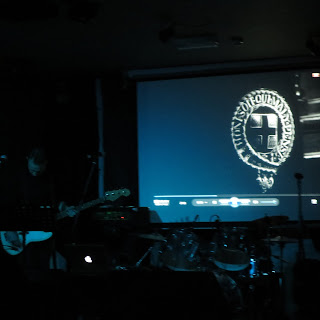 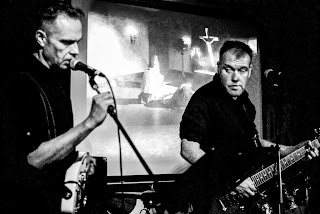 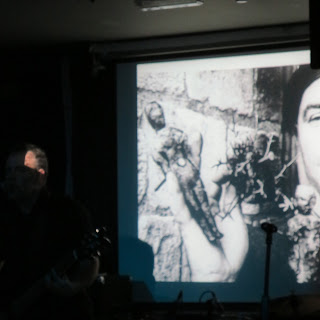 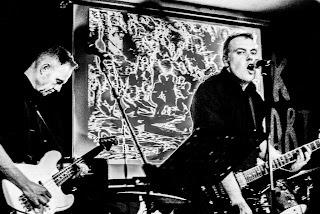 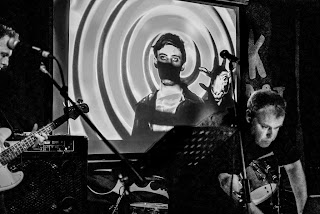 We had on sale a few copies of the new single as a limited edition CD. We've since put this online as part of a new series of "Dossiers": handy information packs for the budding magical geographer and modern necromantic. The first Dossier has now sold out, but the 7 inch vinyl will be out in the next week or so, complete with Dean's highly grimoiric blood red Black Pullet sigil. I am hoping the "Dossier" series will enable us to release compact ideas from events and field studies. 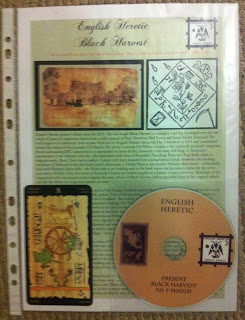 We showed the film Black Harvest, four scenes of alternative soundtracks with footage from the Straw Bear festival at Whittlesea which takes place during the same plough weekend as our event. The film is now available online.

Following the event, Hannah and I had a lovely Sunday visiting the Wellcome Death Collection and then a trip to the Buddhist Centre in Bermondsey where Hannah is organising a retreat for August. We were given a short tour including an incredible new shrine room designed like a Nepalese temple. It had a profound effect on me, bilocating the ancient and exotic to a very urban setting. Actually this week, I've had three utterly unworldly dreams of impossible terrains: mountainous landscapes of Gods carved in rocks; gruesome Towers Of Silence; Satanic cults in Bocklin like groves; irreal Japanese lagoons and red dust graveyards of ruined tanks and rogue elephants. I can't help but feel Magick Concrete is calling.

Anyway, onwards. We're now preparing for Glasgow in February and our Polanski event. The set we hope will be a willed exercise in paranoia induction - sound and vision as psychotic mimetics - literally a psychiatric happening.

A few other events in the pipeline:

An English Heretic event developed from our recent AGM is scheduled for April 27th at Goldsmith's - more on this soon.

I'll be talking at Treadwell's in March on Arthur Machen and Kenneth Grant's Magical South Wales.

I've been collaborating on a image reel with Mark Fisher, to accompany his and Justin Barton's majestic sonic essay "On Vanishing Land". That'll be opening in early February at the Showroom Gallery.

Dear friend Lisa Cradduck has a solo show called Blue Plague opening at WestLane South in Bermondsey on 9th January. Lisa has also a new website detailing her recent work too, which is quite simply incredible. Blue Plague is a giant linocut panorama / crime scene reconstruction of the kettling of students during the protests of December 2010. 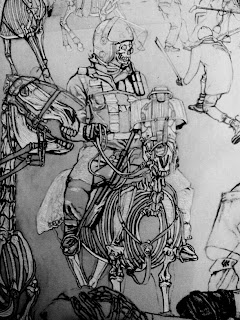 And it's a masterpiece - really - think Goya, think Otto Dix, think Hogarth. Anatomically unnerving and skeletal police officers on apocalyptic horseback strip bare the deeper implications of that day. Lisa's also running workshops during the exhibition on each Saturday which sound like they will be very inspirational too.

Lisa provided one of the artworks for the Wyrd Tales 2 CD, which too is a beautiful piece of work and a large print of it adorns my studio. I also have her saucy Guede postcards on the wall above my desk! A rare, surreal talent,  Lisa's work is filigreed with the finest and precise applications of black humour. 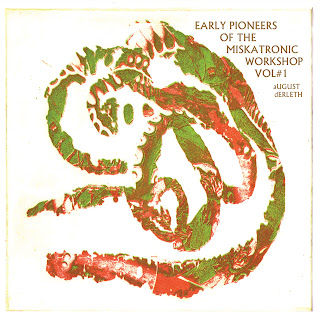