"Anti-Heroes" CD and Book out now. 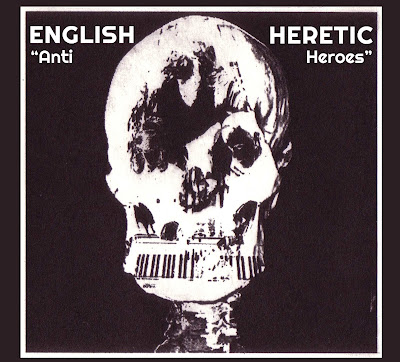 English Heretic present the results of a five year report, with a portmanteau of Black Plaque commemorations constellated in the suburbs West of London. “Anti-Heroes” excavates the intersection between the clinics of J.G. Ballard and the Hellfire Club's kitsch gnosticism, disinterring the suicide cult of Psychomania and celebrating the nihilism of George Sanders. Conjuring a host of clown demons congregated at the periphery of sanity’s goetic circle, necromancy and pop culture collide in the fast lane to create a casualty list of self-sacrificing warlocks and paranoid would be assassins. Unbuckle your seat belts and experience a near death trip along the luna corridors of Ballard’s Crash, accompanied by a litany of pathological spirits and pulp chimeras, remnants from a yellowing mashup of forensic fiction and cinema grimoires. Apprehend the aesthetic conspiracy of place as we unearth startling evidence of a May-Eve coven near Henley-on-Thames and realise the elements in your psyche that pertain to be poet or blood brother, mother, maid or pucelle. 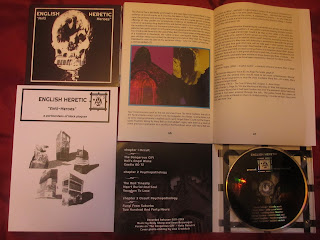 60 page book, to while away time at the termini of life’s tragedy.

Available at the shop
Posted by Dr. Champagne at 15:05 No comments: