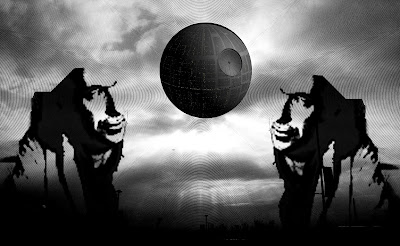 The English Heretic occult roadshow takes to Volcanic Tongue. Expect an evening of revved up readings, films and soundtracks from their new project “Anti-Heroes”: a collision in the suburbs somewhere between the clinics of JG Ballard and the kitsch gnosticism of the Hellfire Club. “Anti-Heroes” is the result of a 5 year investigation into dangerous mangers constellated around the locations of Ballard's Crash, taking in its intersection with the scuzzy cult of Psychomania, suburban warlocks, and host of pop culture chimeras. “Anti-Heroes” also weaves in the poetic paradigm of Robert Graves' White Goddess to reveal its tendrils in the work of Ballard, the lives of tragic figures, and the folk horror of Blood On Satan's Claw.

English Heretic is a creative occult organisation, in operation since 2003. Over 10 years, English Heretic has set out to explore a new approach to ceremonial magic and archetypal psychology inspired by the outre work of Kenneth Grant, James Hillman, situationism and pop culture signifiers. English Heretic attempts to manifest a deliciously troubled soul of our world, through ludic and heuristic engagement with horror film, pulp fiction and the esoteric arts. They have released and reported their findings via numerous books, CDs and events.

More details and directions over at the VT site
Posted by Dr. Champagne at 10:45 1 comment:

Mondo Paranoia: A Medieval History Of The Early 1960s 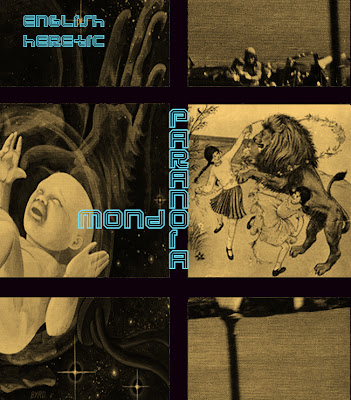 The next English Heretic release Mondo Paranoia: A Medieval History Of The Early 1960s will explore the thanatological synchronicities of 22nd November 1963: the simultaneous deaths of JFK, Aldous Huxley and C.S. Lewis. Paradoxically 22nd and 23rd November also witnessed the activation of two pop mind bending Pop programs: The Beatles' world conquering second album and the first episode of Dr. Who.

With music constructed from forensic size sampling of JFK's funeral, amplifications from ancient television transmissions, field recordings at the Kennedy memorial at Runnymede and much more, Mondo Paranoia returns in style to the creeping ritual electronics of our first release Curse Of The Conqueror Worm.

– the ideal companion for unraveling the plague of conspiracies that ravage our media landscapes.

Mondo Paranoia will be available as a limited souvenir edition CD and essay, or as a digital download.

Our mythic inner life is the double of our literal life and to bear witness to a myth in reality is to kill that myth and start a new myth cycle.

By definition myth only exists as a metaphor, so when we act out myth and or bear witness to myth, our soul's journey move to another orbit, concentric to our previous trajectory, distilled with the essence of the experience before.

This process of deepening is analogous with the alchemical process and reflects much of the work of archetypal psychology – particularly the dalliance between literalism and “seeing through, or revisioning”.

With the assassination of President Kennedy 50 years ago on the 22nd November 1963, the mythic sphere crashed to earth leaving a debris of mutant pop Gods, fertilising with bizarre flora, our innocent fields, and opening the eyes of our inner cinema to a new reality, where memory could be directly burned upon by mediated experience. The kennedy assassination became the gold standard for studying the phenomenon of flashbulb memories.

The entire planet received news of the king's killing by violent intrusion into their mundane radio programme schedules. Orson Welles' War of the Worlds prank was merely a rehearsal for the shock tactic neural photography of the cataclysmic new bulletin. The power to apply darkroom techniques to the human psyche.

J.G. Ballard in his autobiography Miracles Of Life likened the assassination to the death of the corn king, J.G Frazer's agricultural christ and, like the death of a tribal king JFK's assassination re-energised us all and brought life to the barren meadows.

The high velocity Shakespearean psychodrama in the days following the assassination, the acting out of biblical justice by the killing of Oswald and the gothic state funeral  gave the public their enactment of the crucifixion. The blood on Jackie's Chanel suit a turin shroud for the future. She refused to change her clothing for the swearing in of LBJ stating she wanted the world to see what they had done to Jack. Her only regret was washing the blood off her face.

In 1895, The symbolist poet Alfred Jarry turned the crucifixion upside down by portraying it as the bull sacrifice of Caesar Anti-Christ, a Taurobolium, a blood bath in a cesspit. Replace Jarry's  Pompe Rouget with brain stained upholstery of the back seat of Kennedy's Lincoln convertible. Jarry also identified the doppleganger of myth exposed by bearing witness to such an event and the paradoxical awakening of the soul that had previously slept.

That the assassination of Kennedy was in fact the crucifixion of christ is ancient history, a medieval woodcut from a quaint but tired manuscript, that day when the 1960s will be along time ago is now.

Its Bayeux tapestry has faded.
Posted by Dr. Champagne at 15:43 6 comments: